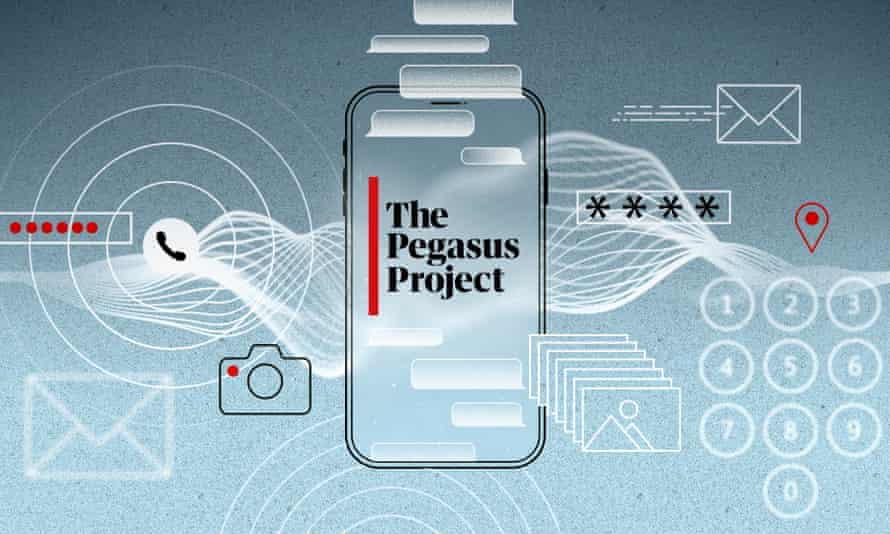 A powerful hacking tool called Pegasus, sold by Israel’s NSO Group to governments around the world, was used to spy on journalists, a human rights activist, the fiancé of murdered Saudi journalist Jamal Khashoggi and others, according to a month-long investigation by 17 news organizations, including Frontline. Pegasus, a powerful espionage software developed by the Israeli company NSO, can be found on mobile phones worldwide. A large-scale investigation suggests that the software was widely used to hack the phone of politicians, activists, and prominent news reporters.

The nonprofit journalism organization Forbidden Stories and the security lab of Amnesty International had access to more than 50,000 records of phone numbers focused on countries known to be clients of the Israeli NSO Groups surveillance firm. Forbidden Stories, a not-for-profit organization that helps journalists uncover stories, gained access to a list of 50,00 phone numbers that targeted people for whom NSO Group had built the spyware. Previous reports by Pegasus project partners suggested that there was evidence that several individuals were targeted because they were of interest to government agencies.

The leaked database, accessed by the Paris-based non-profit media organization Forbidden Stories and Amnesty International, was shared as part of a joint investigation called The Pegasus Project with The Wire, Le Monde, The Guardian, The Washington Post, The Zeit, Suddeutsche Zeitung, and 10 other Mexican, Arab and European news organizations. The Post Office said that 15,000 were on the list of more than 50,000 smartphone numbers that are believed to have been identified by NSO customers as persons of interest since 2016. The list was drawn from Mexico and included politicians, trade union representatives, journalists, and government critics. The total number of phones on the list that was targeted and monitored was unknown, he said.

Forensic analysis of leaked NSO Group data suggests that in the months before his death Pegasus Spyware was used in Saudi Arabia and in the United Arab Emirates to target phones of people close to murdered Washington Post journalist Jamal Khashoggi. A team of 80 journalists coordinated by Forbidden Stories worked in Amnesty International’s technical laboratories to identify and verify the individuals whose numbers on the list were identified as belonging and conducted forensic examinations of the phones used by those individuals during the period covered by the data, which in the Indian case ranged from mid-2017 to mid-2019. Reporters worked together with Amnesty’s security lab researchers to examine 67 phones believed to have been targeted by the Pegasus malware.
An investigation by the International Media Consortium revealed that over 50,000 phone numbers are believed to have been targeted and hacked by Israeli spy software Pegasus around the world. More than 300 phone numbers in India, including those of senior ministers, journalists, opposition leaders, and a sitting judge, are also suspected to be among the targets of hacking by Israeli software. More than 300 verified phone numbers including two acting ministers, 40 journalists, three opposition leaders, a sitting judge, and dozens of businessmen and activists in India were hacked with the software “targeted and hacked”, the consortium said.

Newly leaked data suggests that military spying software leased by the NSO Group from Israel is being used by authoritarian governments around the world to hack into the mobile phones of journalists, lawyers, activists, and politicians. An investigation conducted by the Paris-based non-profit organization Forbidden Stories and Amnesty International, which shared data with several media partners, identified more than 50,000 people interested in being targeted by NSO spying software called Pegasus company says is being used against criminals and terrorists. Forbidden Stories called it “a new global weapon to silence journalists” and claimed that at least 180 journalists were targeted around the world by the company’s clients.

The Pegasus project is a joint investigation by NSO Group, an Israeli cyber intelligence service that sells sophisticated espionage software to governments around the world. A consortium of news agencies from around the world, including Frontline, investigated the use of spyware called Pegasus called by an Israeli company called NSo as a group that sells it to foreign governments. Israeli monitoring firm NSO disputed the findings of the months-long investigation conducted by 17 news organizations including Frontline, saying it was investigating “credible allegations of abuse” and taking appropriate action.

The Pegasus project is a ground-breaking collaboration between more than 80 journalists from 17 media organizations in 10 countries. Forbidden Stories, the project is coordinated by Forbidden Stories, a Paris-based non-profit media organization, with technical assistance from Amnesty International, to carry out advanced forensic tests on mobile phones to identify and detect NSO spyware. Investigating the leakage of 50,000 phone numbers of potential surveillance targets was carried out by journalists with the technical assistance of Amnesty International.