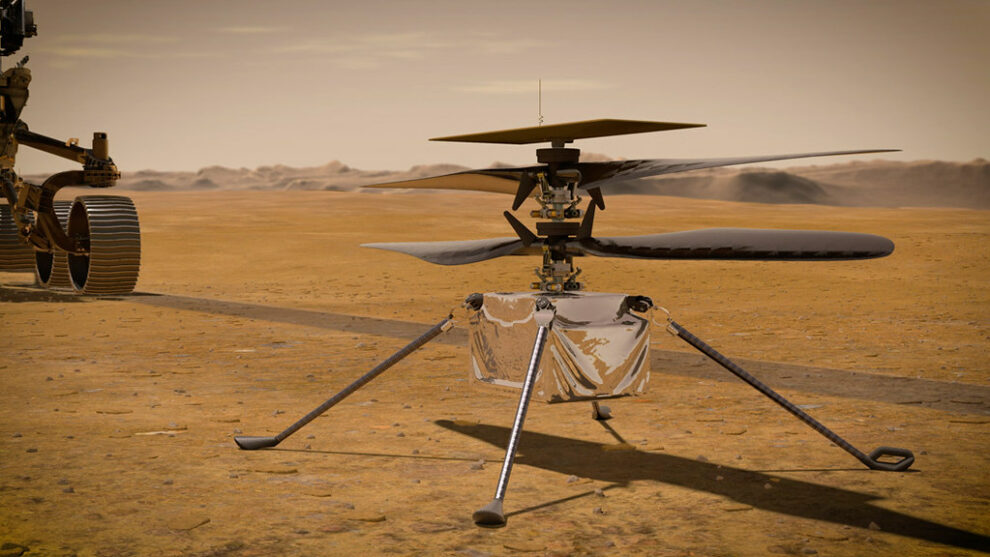 NASA’s Ingenuity helicopter has just completed the most difficult mission to Mars to date. In it’s ninth and final flight, the 4-pound helicopter soared over Mars’ “unfriendly terrain,” NASA said on Monday. Although Ingenuity’s two previous flights kept the helicopter synchronized with NASA’s Perseverance Mars rover, this latest flight took the helicopter to a terrain too difficult for Perseverance to cover.

Ingenuity’s chief pilot Havard Grip and helicopter chief engineer Bob Balaram wrote in a blog post published before Ingenuity’s adventure flight, “Perseverance is currently at the eastern edge of a scientifically interesting region called ‘Séítah,’ which is characterized by sandy ripples that could be very challenging terrain for wheeled vehicles like the rover,”

The images captured by Ingenuity during the flight allow geologists to understand how wave features are formed. According to a NASA tweet, Ingenuity flew at 16 feet (5 meters) per second for more than 2.5 minutes. The helicopter has a total flying area of ​​2,051 feet, or 625 meters, breaking many records in the process. Ingenuity Flight 9 also extends the limitations of the helicopter navigation system, which is designed to operate on a flatter surface. NASA said. The device takes images of the surface of Mars, and then computer algorithms study these images and help the helicopter decide where to land safely in an instant. But the algorithm aims to make these decisions under the assumption that the ground is flat. NASA stated that the “high slopes and undulations” found in Séítah may have confused Ingenuity’s sensors.

To solve this problem, the helicopter slowed down on more complex terrain. Fortunately for the helicopter, the plan worked and the flight seemed to go smoothly. On April 19th, Ingenuity flew into the sky for the first time, making a short jump of 30 seconds. From there, the helicopter faced some setbacks. This malfunction delayed Ingenuity’s fourth flight in late April but was quickly discovered and repaired by helicopter engineers.

NASA said that just last month, during the sixth flight, a computer failure caused the helicopter to tilt back and forth during the flight. Fortunately, the team quickly discovered the problem and resolved it. Since then, it has been a smooth journey. We hope that the rest of Ingenuity’s flights will follow suit.

The Martian helicopter Ingenuity is the first technical demonstration to test controlled and powered flight in another world. It was connected to Mars on the Perseverance rover. Once the rover arrives at a suitable location on the “airport”, it will launch Ingenuity to the surface so that it can conduct a series of test flights in an experimental window of 30 Mars days.

The helicopter completed its technical demonstration after 3 successful flights. In its first flight on April 19, 2021, Ingenuity took off, climbed to approximately 10 feet (3 meters) above the ground, circled briefly in the air, completed a turn, and landed. This is an important milestone: the first controlled and maneuvered flight in the extremely thin atmosphere of Mars was actually such a flight in any world other than Earth.

After that, the helicopter successfully carried out additional experimental flights to increase the distance and altitude. Through a comprehensive technical demonstration, Ingenuity has entered a new stage of operation demonstration to explore how future rovers and aerial explorers can work together. 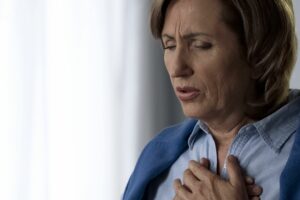 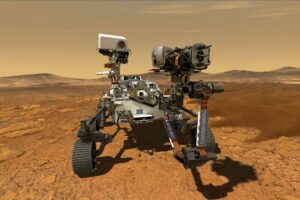 According to reports, James Harden has been detained (not arrested) by the French Police
A peculiar signal of sorts was found coming from the Milky Way. What could it be?
Comment 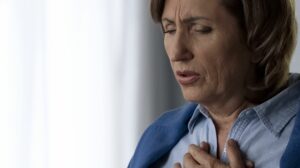 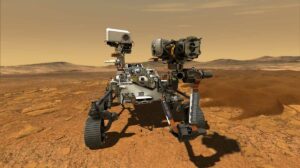