Dominica, the ‘Natural Isle‘ of the Caribbean, has celebrated its Jazz ‘n Creole Festival on May 1, 2022, at the Cabrits National Park – Fort Shirley in Portsmouth.

Dominica’s world-famous festival was jointly hosted by Discover Dominica Authority and the Ministry of Tourism, International Transport and Maritime Initiatives.

The Commonwealth of Dominica contains a variety of cultures and local music infused with various genres. Apart from its natural beauty, the diverse variety of local culture, cuisine, and music is the centre-piece of Dominica that entice people worldwide to the “Nature Island of the Caribbean”. 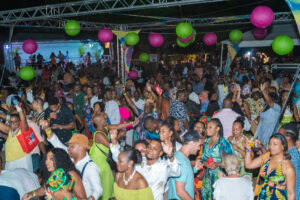 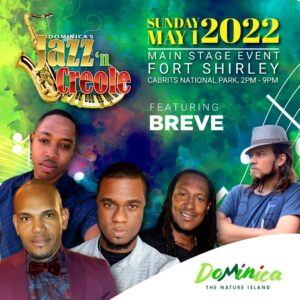 Kimberly King, the Marketing Manager of Dominica, said, “Dominica’s Jazz ‘n Creole is a fusion of jazz music with Creole music, food, as well as culture, all in the family-friendly atmosphere of Fort Shirley in the Cabrits National Park. We are enthusiastic about being able to host the event in 2022 as events, as well as festivals, are the essential niche and strategy pillar for Dominica’s tourism development.

“The culture and tradition of Dominica have been protected because of festivals and events, which ensure the socio-economic development of the country.”

The Nature Isle of the Caribbean witnessed the eleventh edition after a break of two years due to COVID-19 pandemic restrictions. The organizers were excited to conduct this edition of the Jazz ‘n Creole Festival.

Besides this, Dominica will be hosting the internationally famous World Creole Music Festival (WCMF) during the final weekend of October 2022. The festival marks the conclusion of Creole heritage month. It is an annual three-day music festival hosted only in Dominica.

The WCMF attracts tourists and media coverage from across the globe. The music festival provides entertainment dedicated to the advancement of global Creole culture and music. The festival also contributes to establishing regional cooperation and network capabilities in culture, tourism, and entertainment.

As per the data by the authorities, it attracts more than 10,000 tourists and around 100 international and regional media partners each year. This massive music festival is attended by visitors from the Caribbean, French Antilles, Africa, and North America, as well as from around the world.

Apart from this tourism-attracting festival, Dominica has been engaged in multiple activities which have contributed to the promotion of tourism on the Caribbean island. 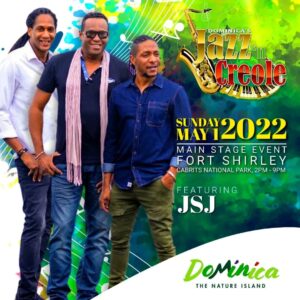 The Commonwealth of Dominica is best known for attracting tourists to its mesmerizing beaches, luxurious resorts, boiling lake, and tropical rainforests. Festivals, which represent the Caribbean Island country’s tradition and culture, are also counted as tourist attractions.

Dominica has been developing and promoting tourism for past years and transitioning itself from an agriculture-based economy to a more modern, high value-added services economy with the help of the Citizenship by Investment (CBI) Programme. The CBI Programme of Dominica is assisting the country in achieving its development goals. 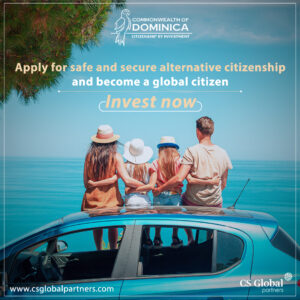 The country launched CBI Programme in 1993, and it is one of the longest-running and fastest CBI in the world. Interested applicants can apply for citizenship by investing a certain amount in a government-authorized fund or real estate.

After attaining the citizenship of Dominica, the applicant can gain access to a huge range of benefits similar to individuals who were born in the country. Citizenship will also ensure access to all the rights, responsibilities and privileges defined by the Law of Dominica.

The citizenship by investment programme has been crowned as the world’s number one for five consecutive years by the CBI Index released by the PWM Magazine of Financial Times. It is regarded as the safest, most secure, and most straightforward CBI Programme globally.