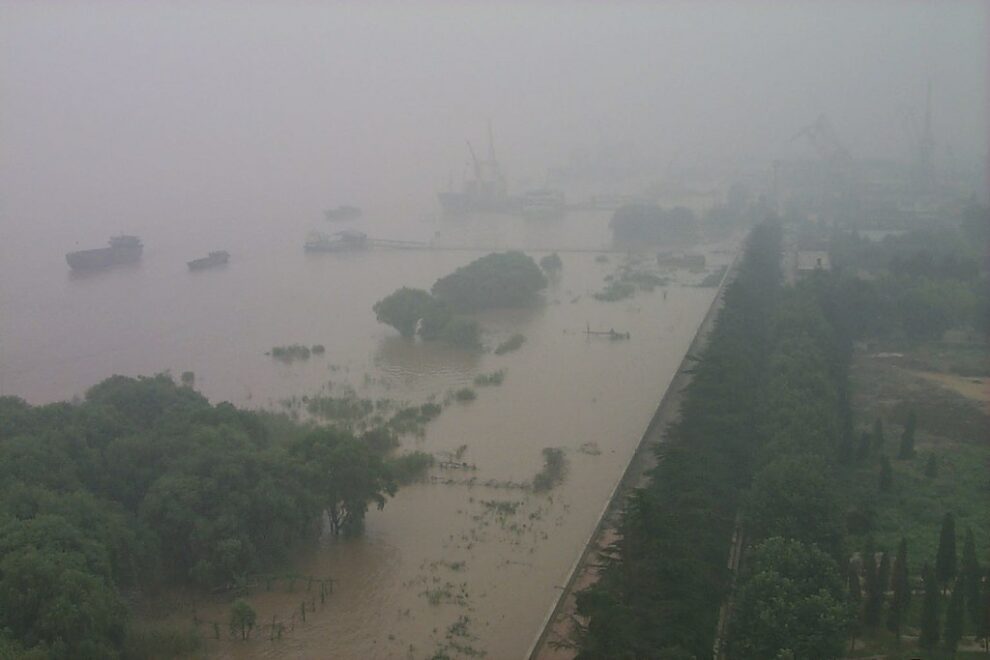 Taiwanese electronics manufacturer Foxconn said on Wednesday that its plant in Zhengzhou is known as the world’s largest iPhone assembly plant and has not been affected by the city’s floods.

Zhengzhou, located in Henan Province in central China, was hit by heavy rains. Authorities said the rainfall in one hour on Tuesday exceeded the average rainfall in a normal month.

As a result, severe flooding occurred in this city with a population of more than 10 million. According to official media reports, more than 100,000 people have been moved to safety and 12 people have died.

Zhengzhou is a major industrial center with large factories operated by Hon Hai Precision Industry (also known as Foxconn). It is the world’s largest Apple iPhone assembly plant. Foxconn stated that its operations were not affected by the flooding.

Foxconn told CNBC that it had “activated an emergency response plan for flood control measures in that location. We can confirm that there has been no direct impact on our facility in that location to date and we are closely monitoring the situation and will provide any updates as appropriate.”

Apple did not respond to a request for comment. However, its CEO Tim Cook posted a post on Weibo, a Twitter-like service in China.

“Our thoughts are with everyone affected by the flooding across Henan province, and the first responders helping people to safety,” Cook said, also saying that Apple will donate to support the relief effort.

According to comments made by the official Xinhua News Agency, Chinese President Xi Jinping called the floods “extremely severe.”

Unconfirmed videos circulating on Chinese social media such as Weibo showed people trapped on trains of the Zhengzhou subway system submerged in water.

Zhengzhou’s subway network has suspended operations and hundreds of flights have been canceled. The military has been asked to assist in rescue work.

Several state media reported stories of rescue efforts, including 150 kindergarten teachers and students who were successfully rescued and people rescued from a bus trapped on a flooded road.

The official newspaper Xinhua News Agency quoted the chief forecaster of the Henan Meteorological Station as saying that heavy rain is expected to continue until Wednesday night.

What caused the flooding

The Chinese Meteorological Department said on Wednesday that Henan has experienced “rare and severe rainfall” since Saturday. Local authorities call the flood an event that occurs “once in 1,000 years”

Zhengzhou’s rainfall on Tuesday was 624 mm, of which one-third fell between 4 pm and 5 pm,  which “smashed historical records”. It was predicted that  “severe or extremely severe storms”  will continue to occur in parts of the region. And the heavy rain is likely to end only on Thursday. Many factors can cause flooding, but the warm atmosphere caused by climate change makes extreme rainfall more likely.

BBC China correspondent Stephen McDonell said that scientists have warned that large-scale dam construction has exacerbated the climate change problem in China’s floodplains. The connection between the river and the lake has been severed and changed the floodplain that once absorbed most of the area. There are showers every summer.

Reports have surfaced alleging that the game ‘New World’ is causing the RTX 3090 to overheat
What is Pegasus Project and Who’s Involved In It!!
Comment